YUMS What A Salad!

Wow I never gush over a salad but this one deserves the praise. We ordered food from Press 195 which were named "Sandwich Kings of Brooklyn" by the Food Network. We were lucky enough that they opened a second location near us; which is where I always get my Cuban Sandwiches from. Since today is Protein Day, I had to shy away from beloved Cuban and try one of the Salads and I am so lucky that I did. I ordered the Chicken Avocado Salad which was Mixed greens with marinated chicken, crispy bacon, sliced egg, avocado,tomato, onion and a creamy cilantro-lime dressing. I omitted the Cilantro Lime dressing since I am not a fan of Cilantro but asked them to put Chipotle Jalapeno Mayo on the side. 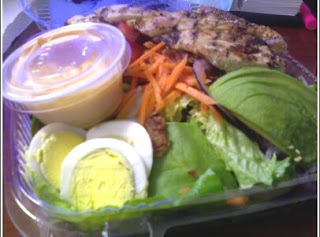 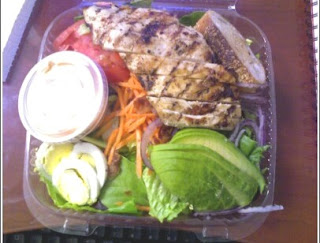 The salad was so full of flavor that I barely had to use the side of dressing but I still did since it is also very good. I am not sure what the chicken was marinated in but it was delicious. They sent two Grilled Bread Rounds which I tried to resist but ended up eating one (oops); it complimented the meal. 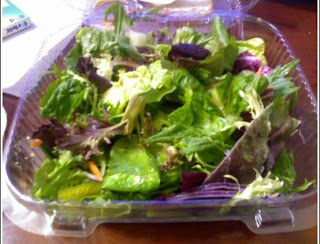 If you are in the NY area, you should definately check out Press 195; they have a great variety of items on the menu and I am sure you will find something that will make you go back for more.