Hey hey hey! I am sitting here enjoying some much needed rest! My lower body has been in pain like woah! Mostly because I didn’t take it easy when I first felt the pain and now I am paying the price. I have to stop thinking that I am invincible.

The Challenge is going strong! Friday for din din, I decided to have another, this one consisted of Spinach, 1/2 a Frozen Banana, Peanut Butter, Chocolate Light Muscle Milk, and Splenda 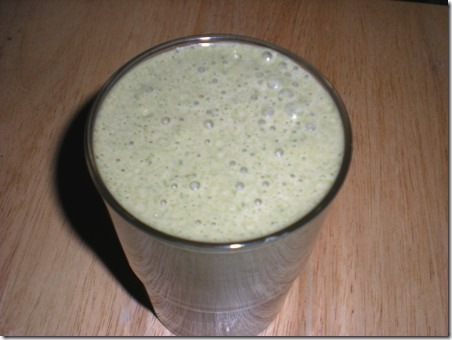 Saturday morning I had one for breakfast with Spinach, Frozen Strawberries, 1/2 a Frozen Banana, Chocolate Light Muscle Milk, Peanut Butter, Coffee, and Splenda 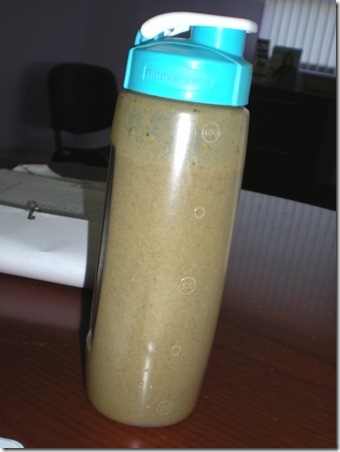 AND this morning it consisted of Spinach, 1/2 a Frozen Banana, Peanut Butter, Coffee, Chocolate Light Muscle Milk, and Splenda 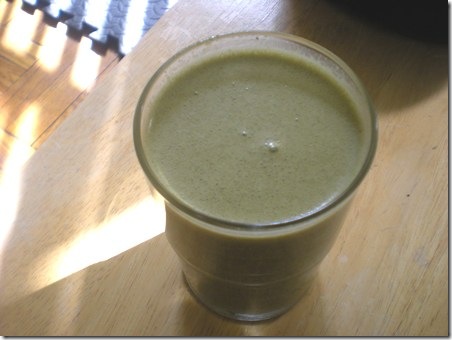 If you joined in the Challenge, how is it going for you????

Ayer for Linner I finally tried the “new” Dominos pizza and honestly it tasted just the old pizza except for the crust at the end which had a garlic taste (which I liked).  I had Mushroom and Olive Slices with Blue Cheese Dressing (btw I had more than 2 slices lol) 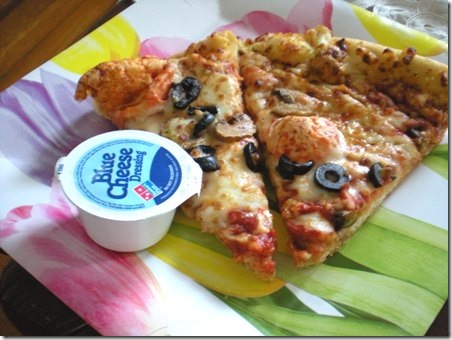 I also snacked on a Luna Bar ayer 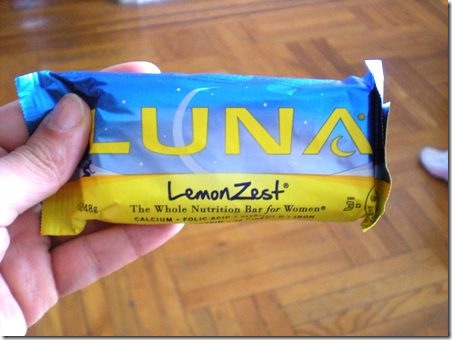 Last night my mom, sister, niece, and I went to my aunt’s house because my cousin from NJ was there with the boys…including my beautiful godson! It kills me that I am not “allowed” to post his pictures here =(…he is such a cutie. It ended up turning into a mini bday party for two of cousins whom had birthdays this past week. My aunt made one of her fabulous Dominican cakes. Unfortunately I don’t have any pictures of the evening because I was too consumed playing godmomma! lol. We also ordered some food from Caridad which is a  popular Dominican Restaurant and I enjoyed some Tostones (Fried Plantains), Grilled Shrimp, and Fried Cheese. It was a great night! I didn’t get home until 1 in the morning and then stayed up until 2 soaking my foot in Epsom Salt.

Today for lunch  I made a sammie with a Low Carb Wrap, homemade Roman Beans, Salsa, 2% Colby and Monterey Cheese, and Avocado Slices. Something happened with the Avocado Slices while they were in the oven because they tasted FO! I ended up taking them out. Note to self; add Avocados AFTER you cook the sammie. 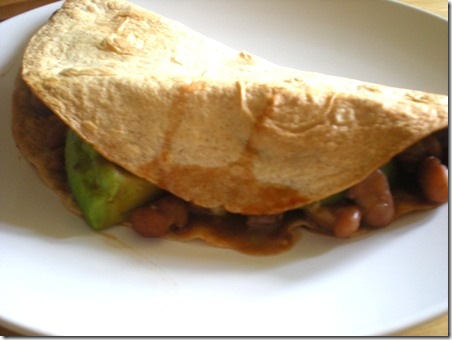 I also tried the new Silk Light Chocolate Soy Milk with lunch since I loved the samples from the gym. The Original Chocolate Silk was much more thicker than this one but they both taste good. If you were to ask me which one I like more, I would have to say the Original but this one is only 90 calories and satisfies my sweet tooth. 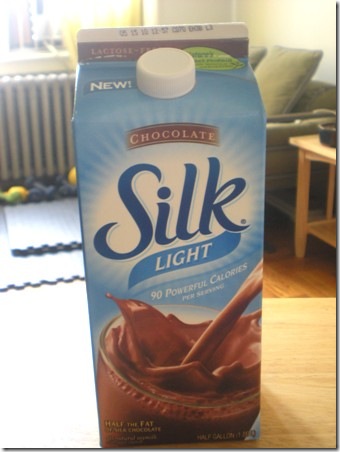 My workouts for the past couple of days have consisted of Stretching with and without the Foam Roller and also Yoga including Jillian’s new Yoga DVD.

Remember how I was going on and on about how easy it has been to give up meat? Well I think the Temptation Gods heard me and decided to throw me some obstacles!

Temptation 1: My sis came over my house with my niece and nephew (cousin’s son) on Friday night and they happened to bring some leftovers with them. They decided to eat the leftovers while they were here and when they opened the box it was about 8 Slider Burgers with BACON from TGIF!  AND it didn’t help that we were watching The Apprentice and they had a diner challenge!

Temptation 2: Ayer when we were at my mom’s and we ordered the Pizza, they also ordered a medium Bacon and Pepperoni Pie.

Temptation 3: Ayer at my aunt’s house when we ordered the food from the Dominican restaurant, we also got a huge tray of various meat specialties including some of my favorites! My cousin kept eating it and looking at me and saying things like “wow this is soooooo good”

I am happy to say that I passed every obstacle with flying colors! I am not sure if I would be able to resist these temptations AFTER Lent but one step at a time, right?

I don’t know why but ayer, a couple of the ladies brought me some gifts.

One lady brought me a St Joseph Pastry. sorry for the crappy picture lol 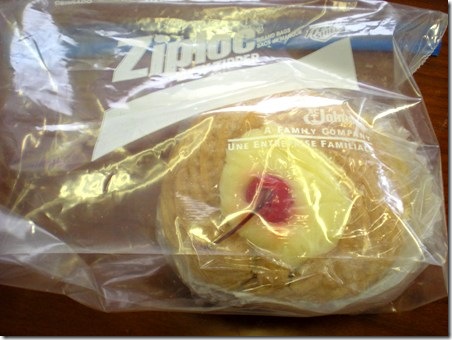 And then my favorite mom and daughter members brought me an “Ireland” T-Shirt because I am always whining that I want to go there with them and marry an Irish man. The shirt was supposed to be for my 5K but they forgot to bring it but maybe I will wear it next year when I run the Coogan’s race again! 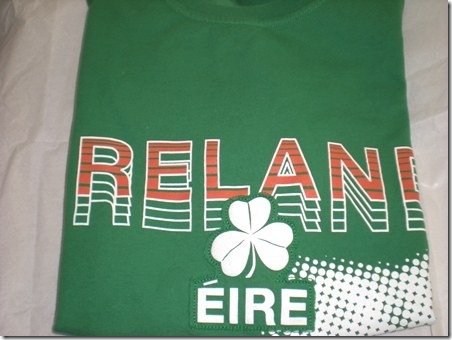 Oh and in case this post was not long enough for you (insert sarcasm here)! Check out my first ever Guest Post on River City Fitness!!!! I was so honored that Sarah asked me to be part of her weekend of guest posts!

I will leave you with my latest song obsession! Bulletproof by La Roux. I wanted to embed the video but the option was disabled…I can’t stop singing this song! 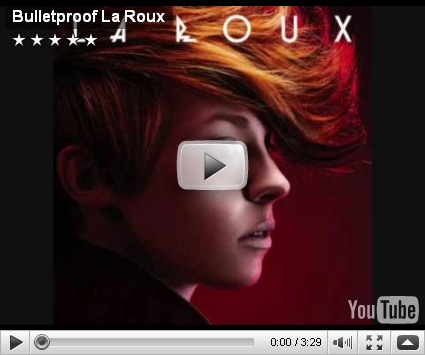