Hey lovelies!!!!! Can I just say how much I miss ya’ll! my life has been consumed by studying which is not nearly as fun as talking to you!

I thought I could jump right in and start in the 2nd row but after I reached week 3; I realized that I jumped the gun and took myself to row 1, which looked like this by the third week…

And by the 6th week, I was doing all of this!

but the best reward would have to be my guns! 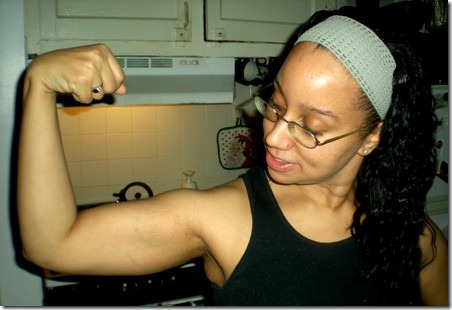 If you are looking for a new challenge, I suggest you check out their site. They also have squat and sit-up challenges too!