Are You Ready To Run?

You guys might remember when I went to a Lululemon workshop back in June. The workshop was part of a their total running series “Know Before You Go” which featured Brett Cohen who is a Sports Performance Coach who has completed 6 marathons and more than 200 road races. He is certified as an Exercise Coach, a Level 2 Holistic Nutrition & Lifestyle Coach and a Golf Biomechanic by the C.H.E.K Institute (Corrective High Performance Exercise Kinesiologist). He is also a National Academy of Sports Medicine- Personal Trainer and International Sports Sciences Association-Fitness Trainer and holds a Bachelor of Science in Education.

Ever since this workshop I have kept in contact with Brett and I wanted to share this article that he wrote with you. Enjoy… 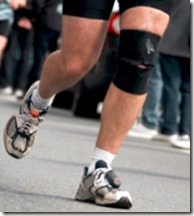 Running on the Rise

Road Running in New York City is huge? What began as a relatively unknown sport in the 1970's has not exploded onto the city scene, thanks in large part to the New York Road Runner's club president of 20 years and founder of the New York City Marathon, Fred Lebow. The NYRR Club, founded in 1958 with 47 members has now grown to more than 40,000 members! Runner can now be seen in the parks and roadways on any day at any time in any weather.  Runners are some of the most motivated athletes I know.. How many other athletes get up before the sun to get a run in or run or race in temperatures that will freeze body parts off if left exposed for more than 20 minutes? But those same levels of motivation that drives runners to train is
often the reason why so many of them end up injured. Sometimes what makes you train can also make you hurt.

A 2009 Runner's World.com poll revealed that 66% of the runners that responded had suffered an injury that year. That's 2 out of every 3 of you! But unless your injury is the result of trauma (a fall or a crash) there's something wrong with your biomechanics and/or your training.

We are, by and large, a sedentary population. If you spend much of your day working in front of a computer, bad things begin to happen that can be detrimental to a runner's body and
performance. We are not designed to be in chairs for 8 - 10 hours a day. We are designed to squat, bend, twist, lunge, walk, jog and sprint. When you sit in chairs for long periods of time, day after day, in time your quads and hip flexors will become shortened and tight along with the lower back. This tightness is paired with lengthening and weakening of the abdominal wall and glutes (the main extensors of your hips). Your glutes and abdominals become "inhibited" (meaning your brain automatically shuts these muscles down). When your glutes are not working properly, this eventually overloads the
hamstrings and they become taught and susceptible to strains, pulls and tears. This is also a prime reason for sore low backs and other related ailments such as: tight calfs, achilles tendonitis, plantar fasciitis, patellar femoral pain, soreness in one or both feet or ankles, etc. Reality is that after a long day on the job, it's likely that one or both of your glutes are shut off. If you are experiencing any or all of these symptoms you aren't even Ready to Run!

Distance running is a tough sport. To compete at any level requires a mixture of: flexibility, mobility, stability, strength, power, endurance and durability. Sadly however, the typical middle
and long distance runner's programming is often skewed toward one quality (endurance). This means that optimal development of the other traits gets left behind. What runners need is to establish a pre-season base level of conditioning. What I call General Physical Preparation. With GPP runners learn to establish healthy training and recovery habits before they begin in-season racing and training. GPP includes: a movement screen to see what your injury risk potential is, a dynamic warm-up progression what will help tune your body and nervous system up for the running that lies ahead, a systematic strength and conditioning program to ensure that your muscles, tendons and
ligaments will be strong enough to survive the demands of intense training, and lastly, a strategy for recovery and regeneration that will allow your body to recharge itself so you'll be able to maintain the energy you need to achieve sustainable success in running.


One of the main reasons so many new and veteran runners become injured is because they leave out these essential steps. They become runners with the intention of getting fit, but many have not yet established a base conditioning platform from which to begin. In fact, the majority of runners above age 35 have many ability limitations and as a result are at an increased chance of injury or re-injury.

As endurance athletes we ask a lot from out bodies. Many endurance athletes seem to accept nagging injuries and ailments as the price for their training, but it doesn't have to be that way. The number one reason to condition yourself is to prevent injury. The last thing you want to do as a runner is to turn your attempts to achieve health and vitality through exercise into being sidelines with a long-term ailment or worse yet, spend months in rehab recovering from orthopedic surgery!

"You can't run to get fit, you need to be fit to run."--Diane Lee, Canadian Physiotherapist
Written by Brett Cohen (info@readytorun.us.com)

If you are in the NY area and would like to hear Brett speak, he will be holding a lecture: Know BEFORE You GO: How To Prevent Running Related Injuries BEFORE They Begin. Jack Rabbit Sports, 85th and Lexington on February 24th at 6 p.m.