Just when I thought I was feeling better…BAM my cold comes back in full blast! I was doing great until yesterday….and it could be because…

Yesterday I woke up bright an early to attend homefries school trip. When I heard they were going to a kid’s gym, I knew I had to chaperone. I popped some zicam and dayquil and headed to her school.

We rode the bus together…and made silly faces…I have no shame! 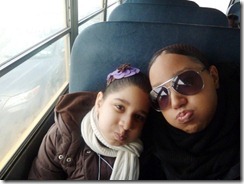 We arrived at Kids in Shape and coach Bob went over the rules…basically go crazy and try not to kill each other! 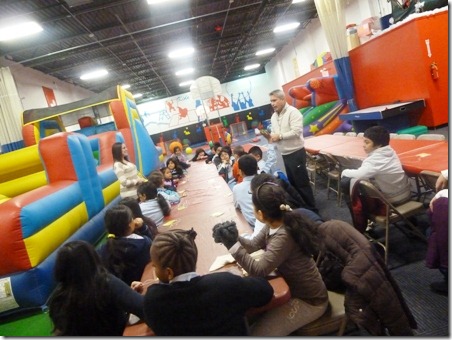 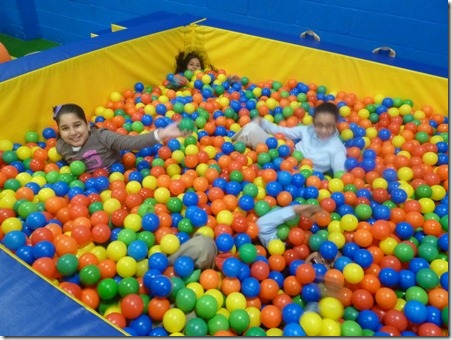 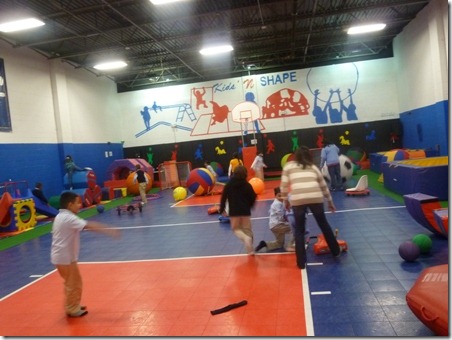 Did I mention that they had a zip line? (I wanted to try it BUT you had to be under 5 feet…sad panda) 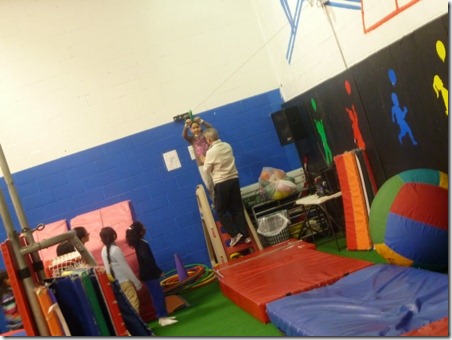 After the trip, I rushed back home…sidenote while I was waiting for the train, they were doing work on the tracks and I was seriously freaking out when the guys were just standing there as the train approached…and of course I had to take a picture (again…I have NO shame!) 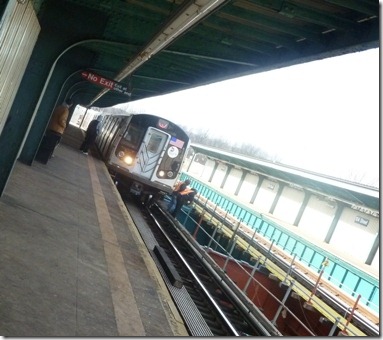 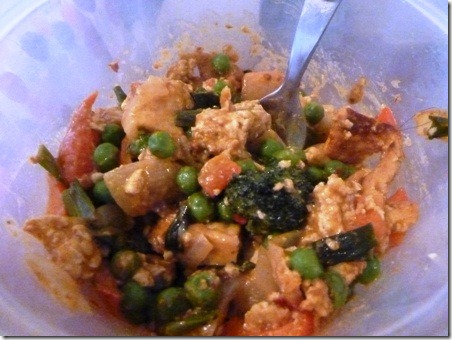 I worked at the gym until 9ish and then took the bus home and let me tell you people it is COLD out here…I seriously thought my ears were going to fall off. I guess I over did it because I was up until 3 in the morning coughing and sneezing and my voice sounds like a 13 year old going through puberty.

This morning I got to sleep in, thanks to the note I left my neighbor ayer “can you please lower your alarm clock radio because I keep waking up at 6am to 1010 wins”. For the past couple of weeks, I have been going nuts…my neighbor’s alarm goes off at 6am and stays on until 7:30 and all morning I hear the weather and news every 10 minutes! Me banging on the wall didn’t giver her the hint to lower it so I had to leave a note underneath her door =)

So what happens when you get to sleep in? You have energy to do a morning workout WHAT WHAT! I still felt like crap so instead of cardio, I stuck to some strength training and popped in Personal Training with Jackie (even though I train others, there are times when I don’t want to think about it and just follow a dvd)

Ever since last night, I have been craving a frittata and could not wait to have one this morning for breakfast. I made a CHEESY Veggie Egg White Frittata (and made enough to have some tomorrow) 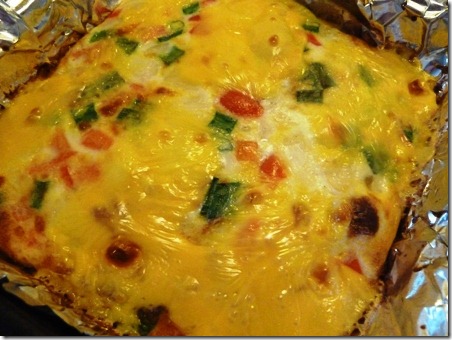 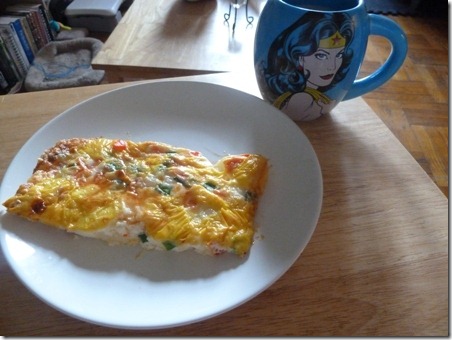 So how do you deal with people? Do you hate confrontation?