Hello my loves! I can’t even call this Monday Morning Rambles at this point. I am so sorry that it took so long for me to get this up but I wanted to make sure that I didn’t miss anything.

Yesterday I attended Yoga Journal Live and it was everything that I expected it to be and MORE! 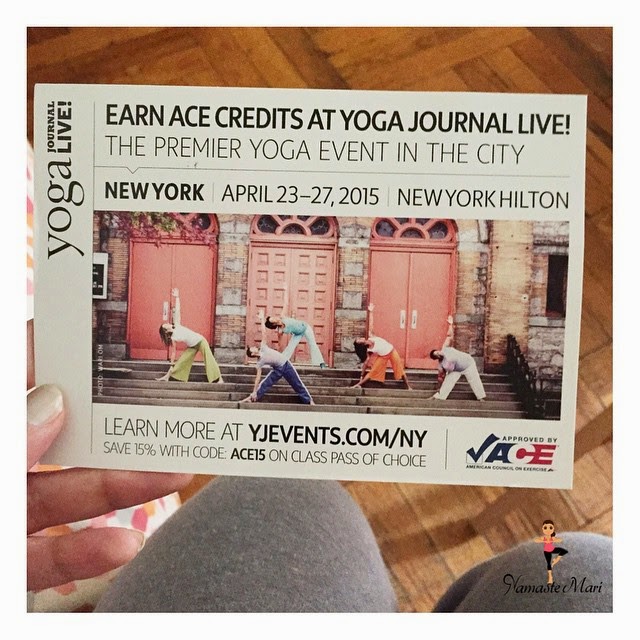 I was a little hesitant at first to purchase my ticket because it was a little pricey (for me) but the lineup was so incredible AND I was able to earn credits towards my ACE PT and Health Coaching Certifications when I reapply so it seemed like a no brainer. I decided to go alone to the event so I can fully emerge myself into the day.

The first class I attended was Dharma Mittra’s “Master Class: Old Souls Delight”. Dharma Mittra has been doing yoga for 58 years and he is just “oooommmazing” 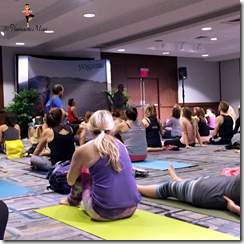 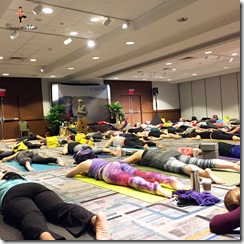 I have been following him on Instagram for quite some time and jumped at the chance to finally take a class with him. Right before the class he loosened up by doing some inversions…did I mention that he is 75 years young and moves like a gazelle? I was in awe of him. I have never heard him speak before so the first thing I thought of was “awww he sounds like Ketut from Eat Pray Love” and he was just as witty. The beginning of the class was a lecture and then we broke into an Asana practice and we concluded with some chanting. If you get a chance to take a class with him…GO!

The second class was Jason Crandell’s “Freedom + Release: Hip Openers, Side Bends, and Twists”. Jason is a contributing editor for Yoga Journal and has created DVD’s for them as well. Jason is also a teacher for YogaGlo and was named one of the “next generation of yoga teachers” by Yoga Journal. 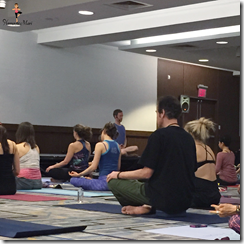 Before the class began, Jason had us sit in a circle so that he could explain what we would be doing. He wanted us to REALLY focus on moving from our pelvis when doing certain moves as to ensure that our pelvis and whole spine moved as one. During Asana, we did a triangle pose and he made us do one slight shift in our posture and it felt really great (I plan to add this to my practice). I like the fact that he and two other teachers walked around during the class and adjusted us if need be (it did NOT hurt that one was a tattooed male yogi…thank you Universe haha).

Jason also pointed out that during our practice our hamstrings usually get all the love and we neglect our calves and adductors so he made it a point to incorporate them more into the practice and boy am I feeling it this morning. I loved his approach.

I had a two hour break before my next class so I sipped on a Green Smoothie (sidenote do you know that if you freeze it and let it melt through out the day and just shake it up again…it tastes just as good) while walked around the Yoga Market.

They had live music courtesy of The drummers of Kripalu! They were so good that I ended up purchasing their live CD which I am currently listening to. If you want to see their live performance, check out my youtube video. (sorry for the black bars) 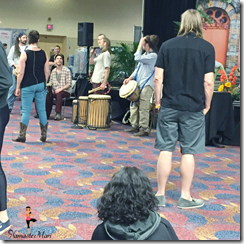 Oh so I had a total of fan girl moment and was crushing on Dharma’s son, Dov. I was so nervous that I didn’t even check out the wheels which is one of the things that I really wanted to do ha. 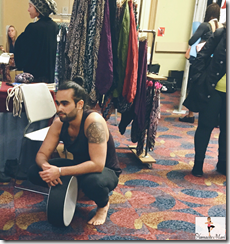 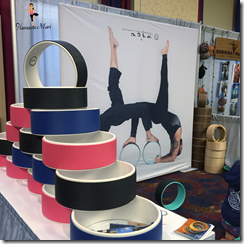 My final class was Beryl Bender Birch’s “The Merging of Spiritual Practice and Social Activism”. I have to be honest, I was exhausted by this time (I was up since 4 am) and my energy was low but that quickly changed once Beryl walked in the room. I have this thing that I always compare someone to an actor and if anyone every played Beryl in a film, it would HAVE to be Susan Sarandon. 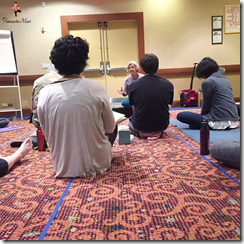 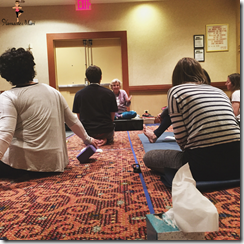 Beryl is the founder Give Back Yoga Foundation as well as The Hard & Soft Yoga Institute. She has written a few books including Yoga For Warriors which is written especially for men and women in service. She even gave us a flyer at the end of class to give a free copy of this book to anyone who has served and I immediately knew who I was going to give mine too and messaged her when I got home.

Anyways back to the  event; this class was supposed to be half lecture and half asana & meditation but it ended up being an amazing discussion. As you can see by the tissue box in the photo, this class was a little emotional for me. I opened up as to why I started my yoga practice back in 2006 and the tears began to fall. What I liked the most about this final seminar was that it was more intimate and we all felt safe to share our stories and I loved hearing everyone's “why”. This discussion reminded me that yoga is not about the postures…it is so much more than that. It is about the community and living with intention and integrity. Birch said something that hit home “if one of us is hungry, we are all hungry”

If I take anything away from this day, It would be to make an effort to be present and let go of self doubt. I am Mariette and I AM a yogi (I have always struggled in believing this)!

Watch my vlog below for all my thoughts of the day and sorry in advance for saying awesome and amazing over a million times!