On The Mat With Mari: Supporting Strong Women...

Ya'll, I think that I caught the running bug again. This weekend I headed to Forest Park to support my friend who was doing her first 5K and so many memories came rushing back.  Mostly because I did a couple of races in this park as well. I told my mom that I missed it and she asked why I stopped and the main reason is because, I like to run in the mornings (less people is best for my anxiety) and since I am usually with clients; it is hard for me to get out there. A part of me wants to at least train for a 5k this fall....hmmmm maybe. I am glad that even though I was spectator, I was still able to support my friend and cheer her on when she crossed the finish line.

In the spirit of supporting bad ass women, I wanted to share a couple of my favorite things which are from women owned businesses!

A few years back, I discovered Krissy Mae Cags via social media and was even lucky enough to meet her when she hosted a NYC event back in 2013. When you first meet "Kmae", you might be a tad intimidated by her hard exterior but she is a genuinely kind person.

Krissy Mae started Doughnuts & Deadlifts back in 2014 as a hashtag and it has morphed into this amazing company.


"Doughnuts & Deadlifts is more than a clothing company; it’s a lifestyle, and a movement. We exist for those who understand performance nutrition. Smart athletes don’t look at food as “good” or “bad”. Our devotees are always chasing their next PR and understand that the proper way to fuel (and celebrate) a PR is with tasty treats" 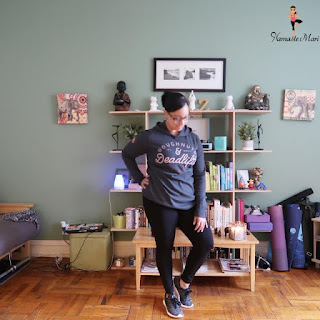 From one bad ass woman to a One Strong Bitch...I recently discovered Meg Gallager AKA Meg Squats a few months ago and I was hooked. Her youtube videos are filled with great information and are hilarious as well...she puts out great content but doesn't take herself too serious. At the end of March, Meg released her new "OSB" line but because of Lent, I was unable to purchase it and it sold out! Buuuuuuut she re-released it a couple of weeks ago and I finally got my shirt! 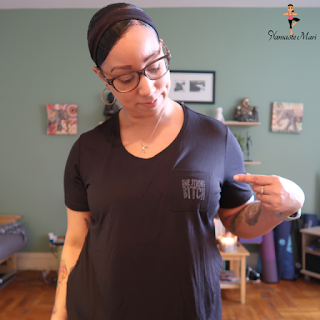 I also purchased Strong Strong Supply's liquid chalk...check out my video below to hear my review