Hey loves!!!! I hope you are having a wonderful Monday! It is a dreary rainy day in NYC and I have been startled twice by the loud thunder..no bueno. Thankfully I don’t have to be at the gym until 3, so I get to snuggle up under the covers for a little while longer =)

Thank you to everyone who entered my giveaway but thank you even more for all the sweet things you said about me. When I was reading the comments; my eyes were tearing up. I will announce the winner of the giveaway right after I share some yummy pictures with you.

The day of my 2 year anniversary, I wanted to celebrate the milestone and could not think of a better person than my friend Missy who if it were not for our blogs…we would have never met. We were both craving falafels and I checked on yelp for a yummy falafel place near our home and I came across Pahal Zan. Most of the reviewers said that it was a hole in the wall but definitely deeelish so we headed over there and checked it out.

The reviews from Yelp were right; it definitely was a small place. I have been hanging out in this neighborhood for over 15 years and never noticed Pahal Zan. 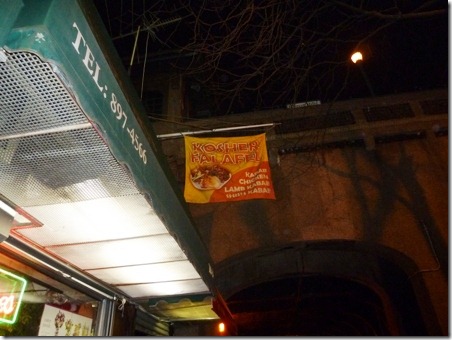 It only had about 10 stools against the wall… 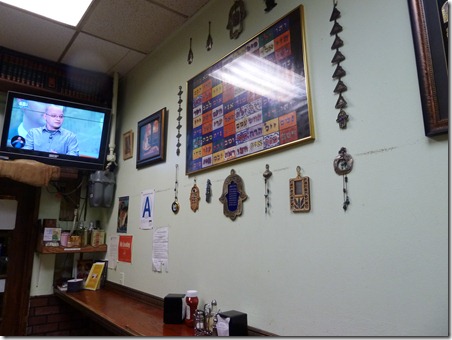 When we walked in, we were greeted with lots of various salads… 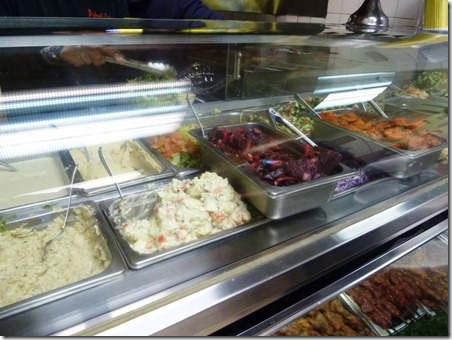 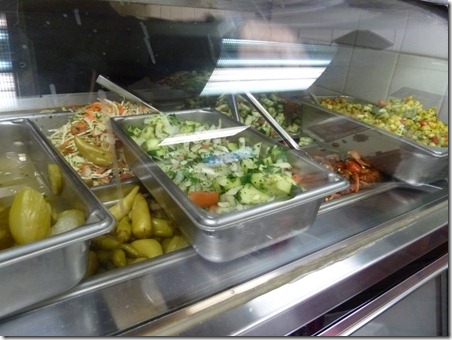 I was planning to order a Falafel Pita Sandwich but when I saw that they had a Falafel Platter, I chose that instead. 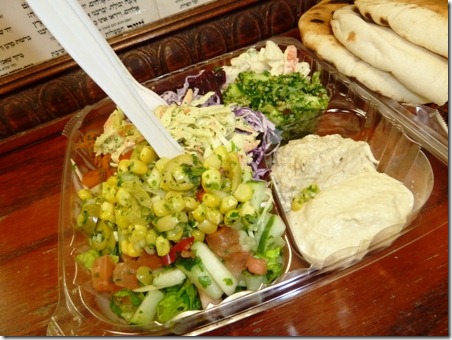 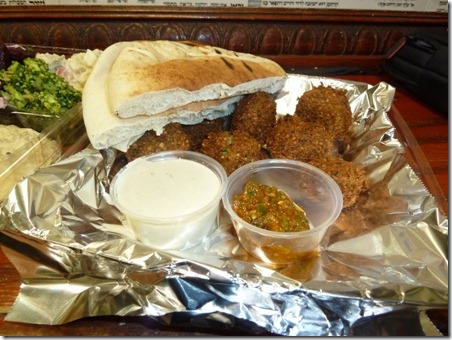 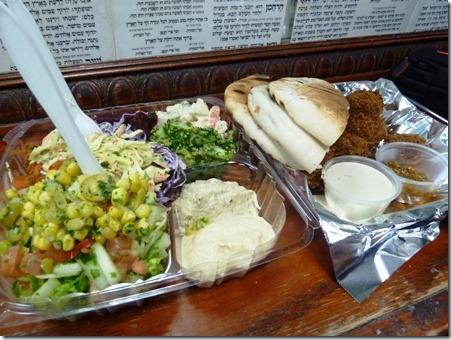 All of the salads were delicious, especially the potato salad!!!  And the Falafel did not disappoint either…I foresee more stops to Pahal Zan in my near future. I think Pahal Zan is a great example of not judging a book by it’s cover. Honestly, I would have probably never given this restaurant the time of day if it were not for the reviews on yelp and I would have missed out on a great meal.

Now for the moment you have been waiting for…the winner of the Oikos Giveaway is (((drumroll))))…..

“Happy 2 years my friend! I follow you in g-reader. You know I love you!”.